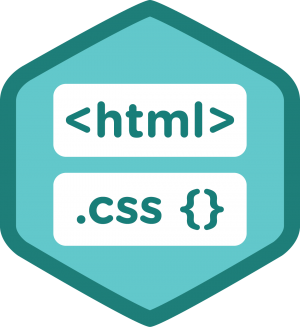 CSS - a language for describing the appearance of a document written using a markup language.

imply put, CSS is the look and feel of an HTML document, its styles, some animation and beauty. In order not to push all the styles of the document onto the page, a separate CSS file is used, where all the properties of the appearance of the HTML page are entered.

CSS is used as a means of describing, decorating the appearance of web pages written using HTML and XHTML markup languages, but can also be applied to any XML document, such as SVG or XUL.

Currently the third version of CSS is used, which, unlike the previous versions, is quite extensively extended. CSS3 in conjunction with HTML5 allows you to create modern and beautiful websites, adapted to all devices, with the correct and competent writing of the code. The main goal of CSS development was to separate the logical structure of a web page from describing the appearance of that page. In addition, CSS allows you to present the same document in different styles or document output methods. 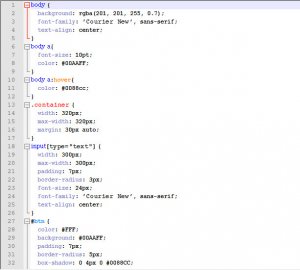 CSS rules are written in the formal CSS language and are located in style sheets, that is, style sheets contain CSS rules. These style sheets can be located both inside the web document, the appearance of which they describe, or in separate files, which have the format .css (The CSS format is a regular text file that contains nothing but a list CSS rules and comments.)

There are 4 ways to link CSS to your document: